So called „fixers“ are people in conflict areas who organize things for foreigners, mostly journalists.They enable them to actually work as conflict correspondents through their vast network of contacts, suppliers and influencers within politics, military and civil society. In fact, without „fixers“ modern journalism from the many battle fields would hardly be possible. This feature is my homage to these folks… and to the many hours I spent roadtripping with them.

It's 3:45 in the morning. Kareem sits in the front of a somewhat rugged and non-descript white SUV as we are picking up journos in Erbil. He talks to his driver in short, accurate sentences. "This is why I'd rather arrange only one pick-up location in the morning" he explains as we try to find our way through the narrow alleys of Ainkawa, the Christian quarter in Erbil. No street names, just rough indications. We try to find the place to pick up another journalist. Then drive the 2,5 hours to Mosul, where liberation is yet to be declared. "It's easier in the early morning. Otherwise we'll wait forever at the checkpoints" he continues. He seems a little on edge while we search for the right street, but he stays calm and friendly. Then we see the other journo waiting at the corner, somehow lost with his backpack, ballistic vest and helmet. He jumps in with a big and charming grin, we hit the road, our driver obviously being in race mode. I think I can hear Kareem whisper to him „bsre“, the Arabic word for „presto“.

As we're flying past bombed villages, stripes of desert and smooth ridges, Kareem presents his plan for today: "We'll meet up with the CO of Golden Brigade, ISOF (Iraqi Special Operation Forces), and then go in with one of the platoons, inshallah“, "in" meaning Old Town in West Mosul, where the fight against IS is most intense. Severe warnings are outspoken when going with special forces. „Be careful, they don’t give a shit if anything happens to you“ a befriended journalist from a German newspaper told me.

My tension increases, anxiety starting to grow in my belly. For me, trips to the battlefield are exceptional. Kareem stays perfectly calm, jokes with his driver. „I’m going to the front lines almost every day since the battle for Mosul startet nine months ago. I rest one day in two weeks.“ I ask him what this does to him, seeing the horrors of war every day. „I guess I got used to it. And I don’t think it will end any time soon.“ He is probably right. With IS losing ground on a daily basis, other struggles occur: Al Qaida in the south, shiite Hashd al-Shabi militias in the North, tensions growing with the Peshmerga. There just seems no end to war in this region.

We reach the HQ of Golden Brigade in West Mosul at 7 p.m., and then we wait. Hours and hours, but this is how it works with the military: Hurry, hurry and wait. I ask Kareem what it takes to be a good fixer. „Basically you have to be close with the folks. You have to be familiar with the terrain, the language, the culture, the dynamics of a war zone. Hardly anything works out according to a plan. Everything can change in seconds. You always have to have a plan B, ideally a plan C. My fee is between 500 and 1.000 USD, depending on the objective and the situation. Journalists therefore expect me to be effective. If you run into trouble or a dead end, you should be able to adapt fast. Otherwise it’ll be the last time you’re hired.“

At 1 p.m. we're told to mount up. In a convoy of Humvees we enter the war. Rumors occur that Prime Minister Abadi will declare the liberation of Mosul today. What we are going to witness, however, tells a different story...

It is dangerous. In fact, it is very dangerous.
I rest only one day in two weeks. The rest is front line, fighting, dead people... and taking care of journalists.

Fixer and Translator in Iraq & KRG 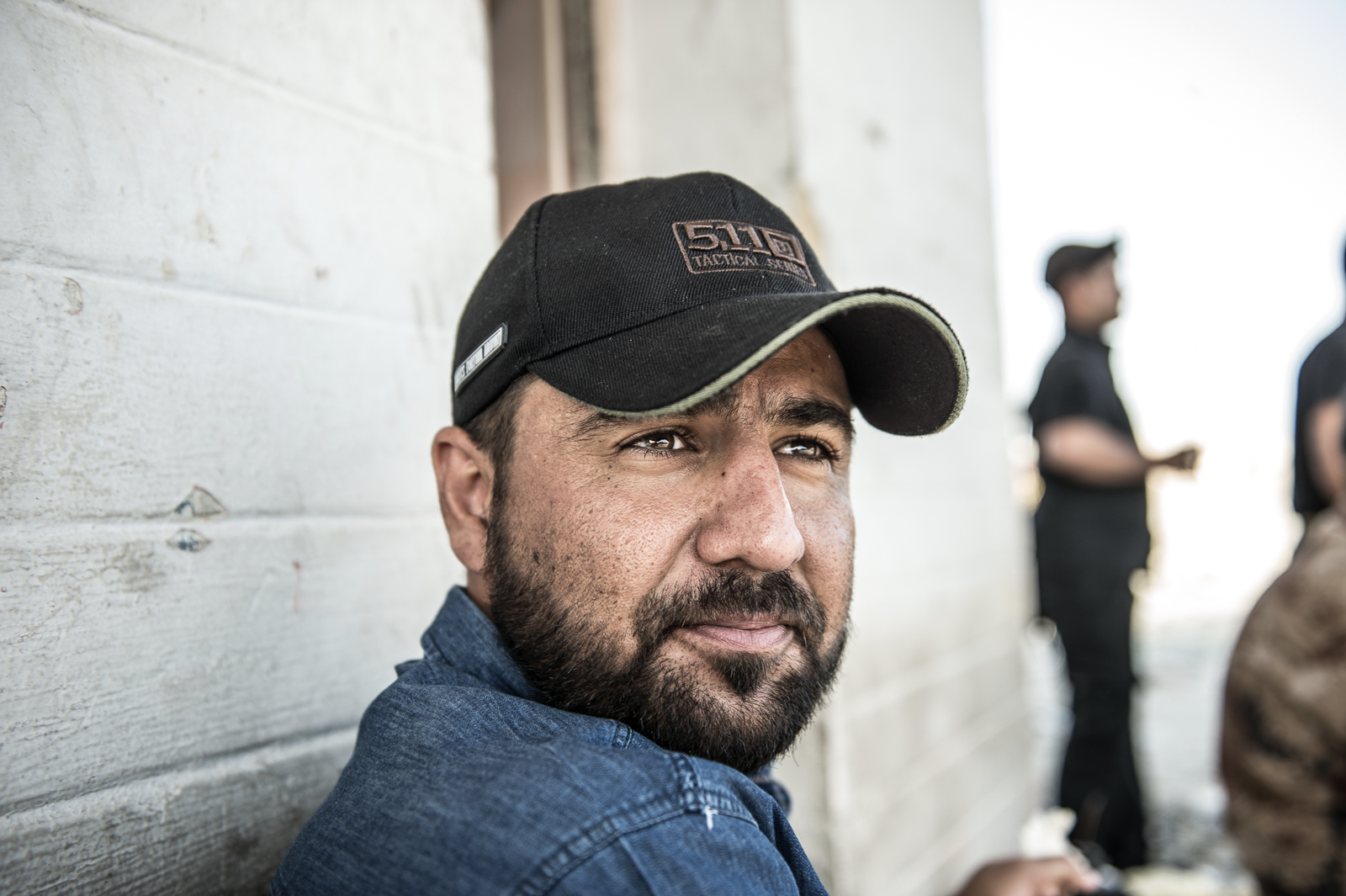 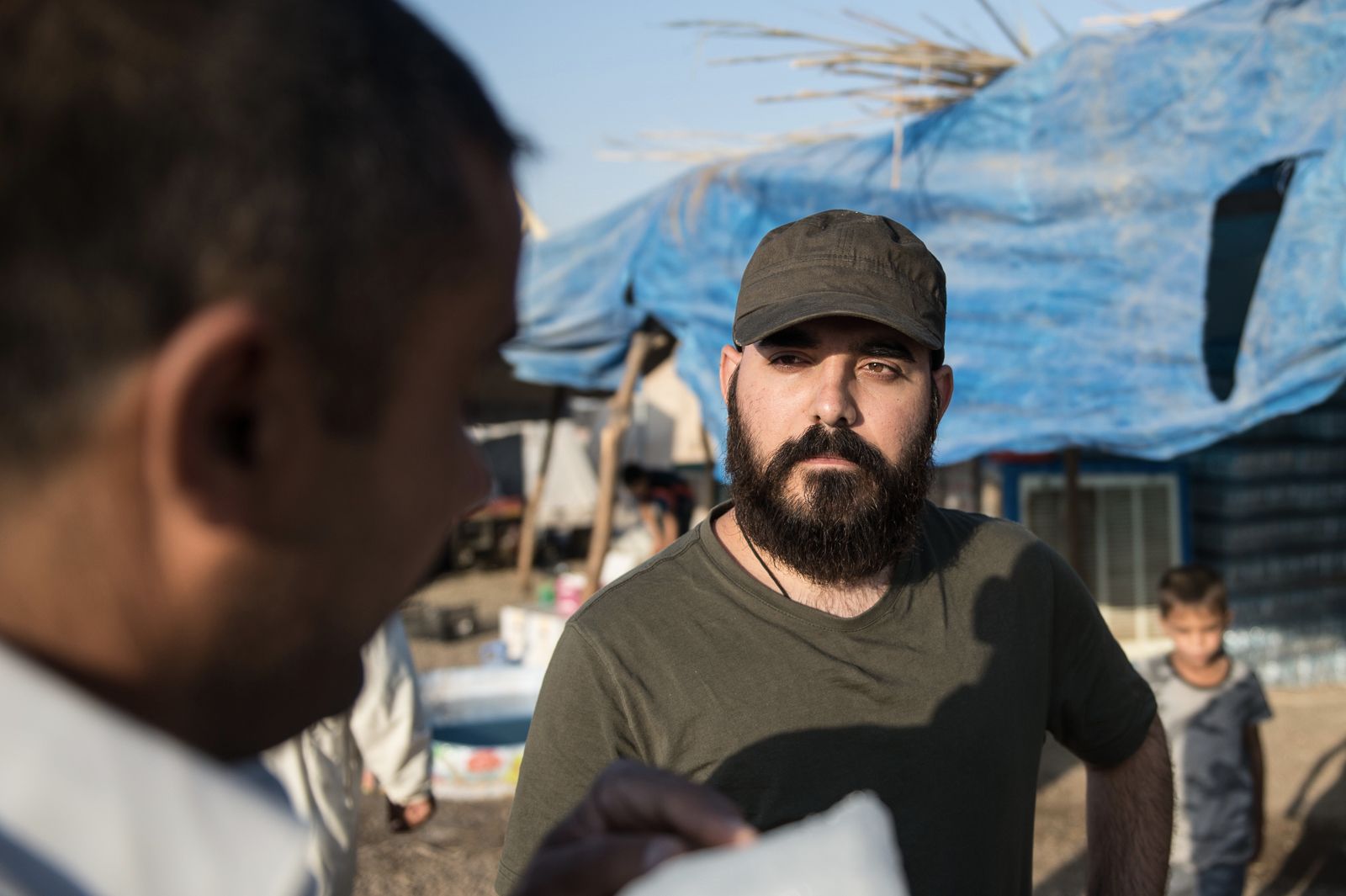 A fixer is the one who deals with moody soldiers under the sunlight of summer, officers that want to get attention and civilians that want to survive, somehow trying to maintain the balance with all of them. The one that risks and thinks of an escape all the time, that's the fixer.

Fixers are people with special skills, they help foreign journalists to gain access to areas or front lines that most people can't. Being a fixer is a great job - especially when you work with great , funny* and crazy* persons*. 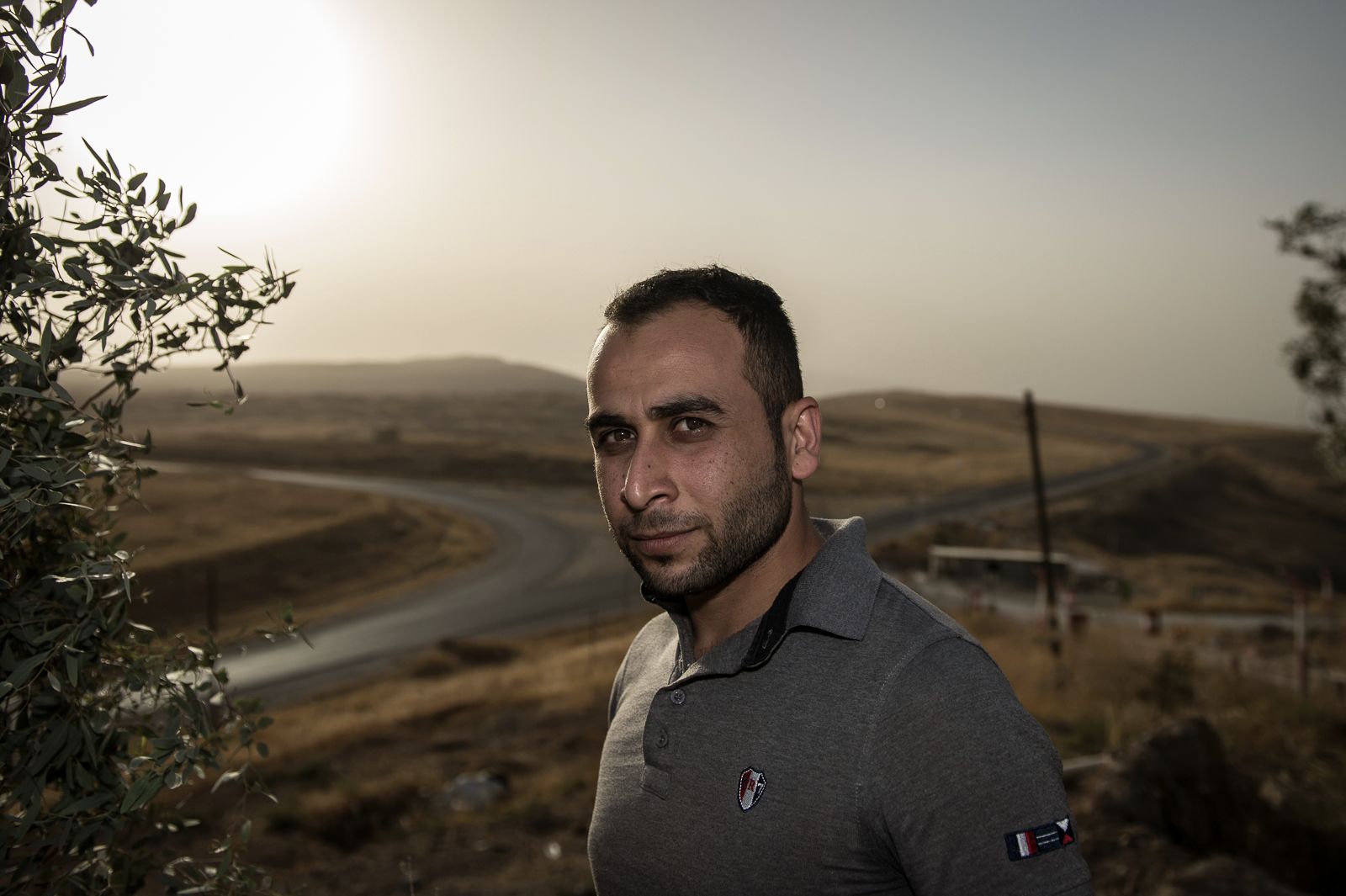 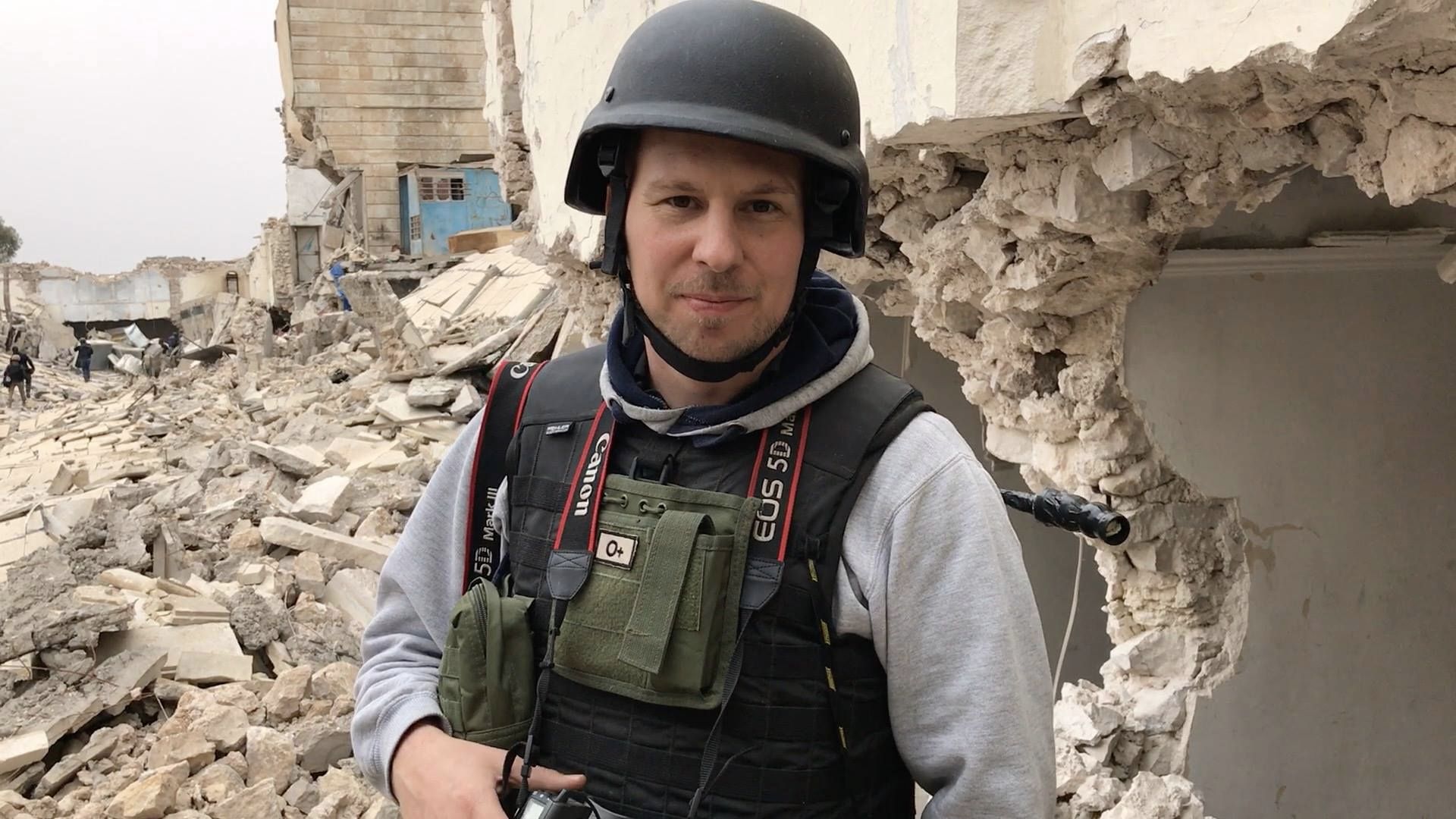 To put it at its simplest: Without fixers we wouldn't be able to work. Period. 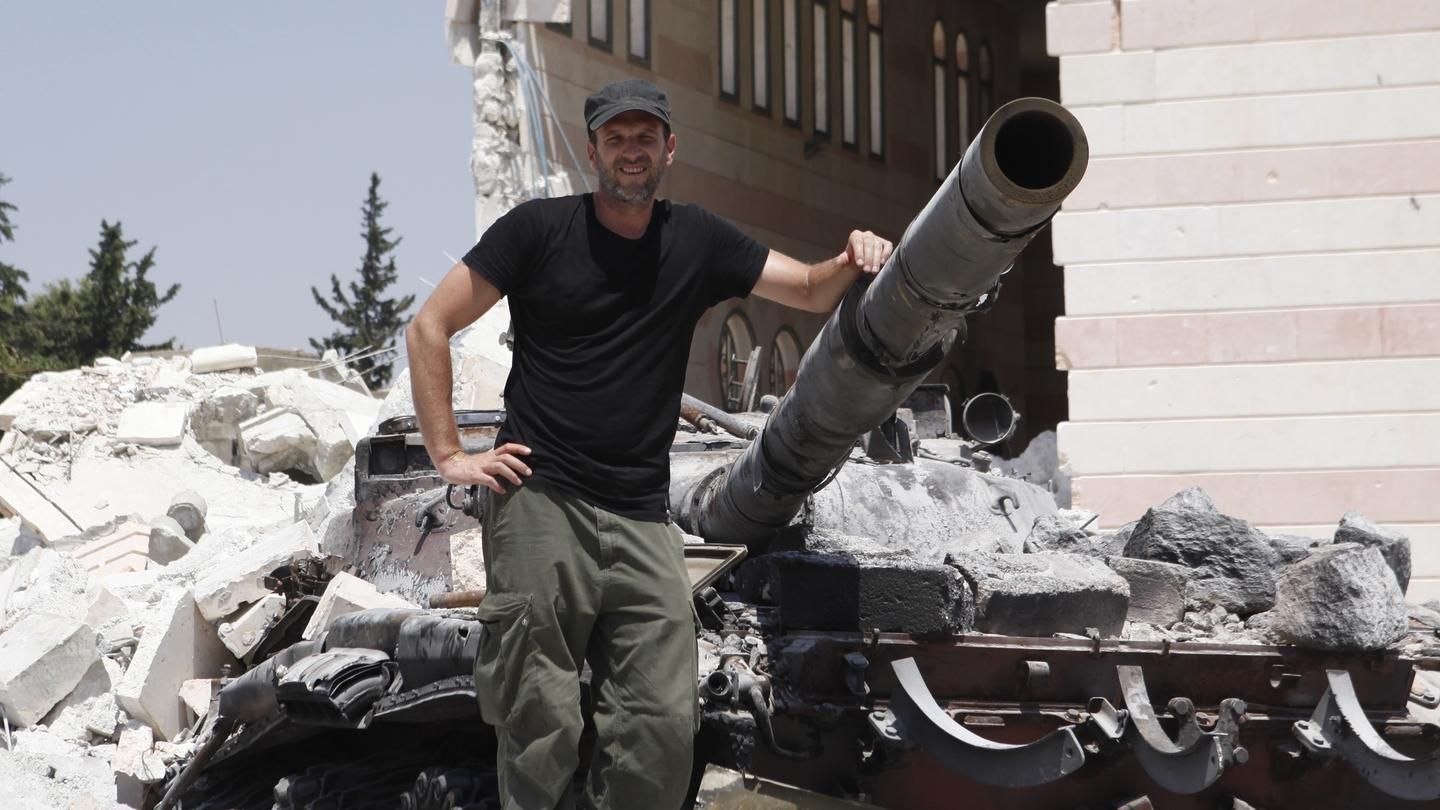 Fixers are the guardian angels of every journalist working in a foreign country. You trust them with your story and often even your life. There is no one more important than the fixer. Most of the time they do not get the recognition they deserve. They are the hidden heroes. 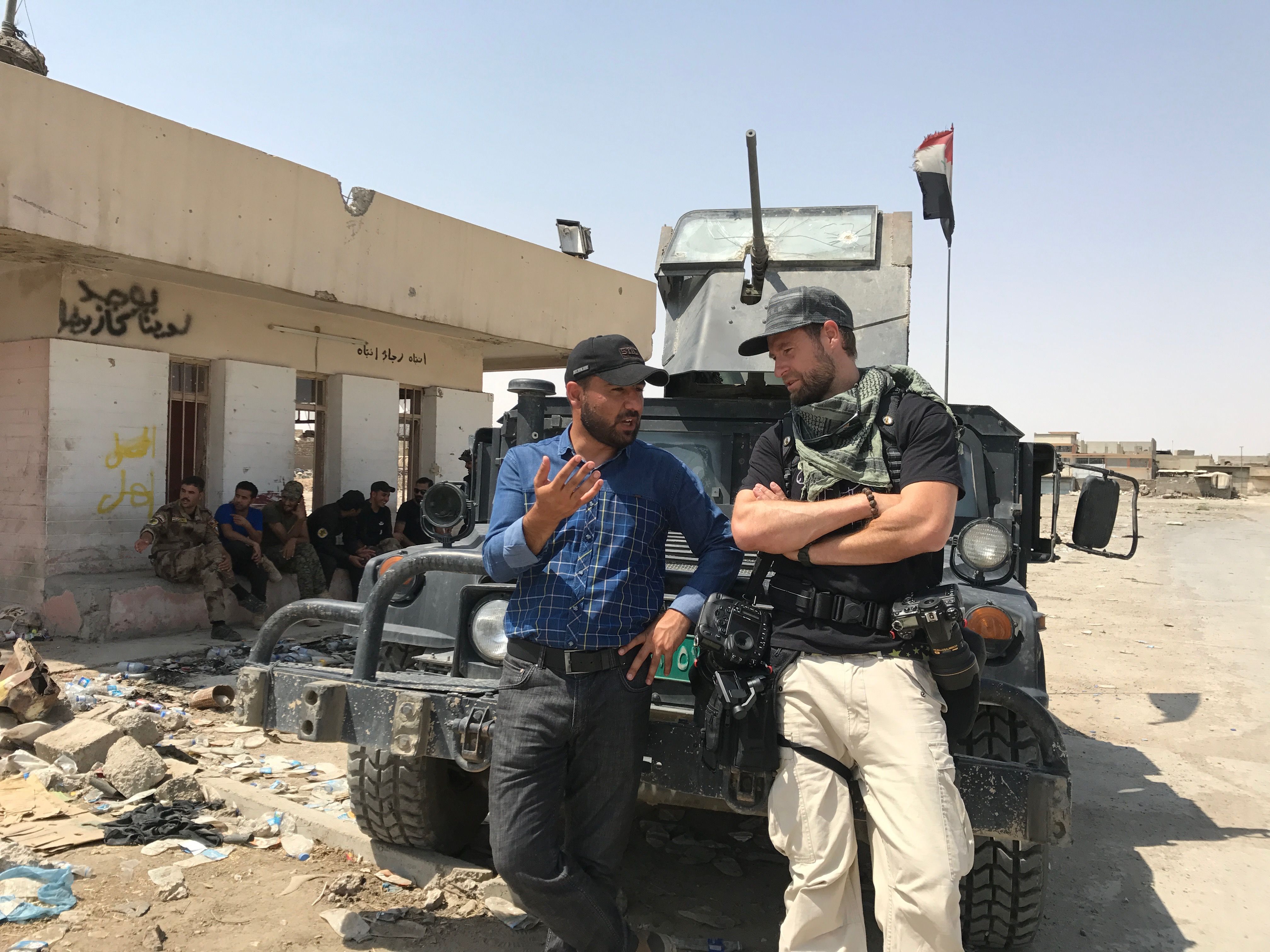 Personally I loath the term „fixer“, I’d call them friends or even brothers. Without them, a lot of my work would not have been possible at all.
I personally feel that journos owe them big time.
Besides... you can have hilarious moments with them.